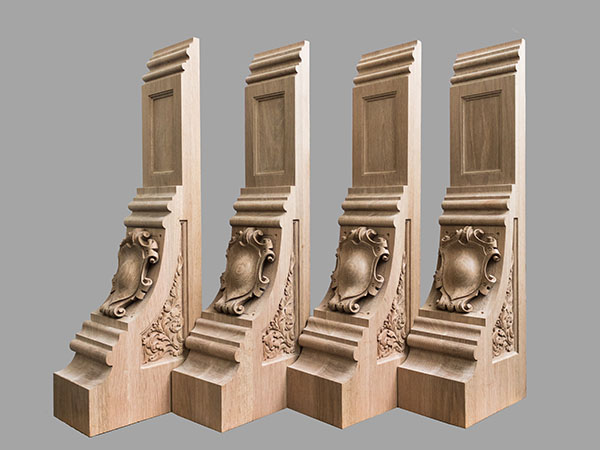 Our highly trained woodcarvers added carved cartouches to the face and ornate relief carvings to the side of the corbels.

This was a part of the restoration project of Athlone House in Hampstead Heath London.

Athlone House is a large Victorian house built in 1872 as a private resident.

The property has undergone a two-year restoration programme including the restoration of many of the historic features.

Although the property has now been largely modernised, a careful balance was drawn in preserving the original architectural carved features and enhancing their appearance by adding details, which complement the historical context of the building.

Through our formal training as architectural woodcarvers, we are able to produce precise copies of historical architectural ornaments to the highest of standards.